My New Book: They Came to Toil 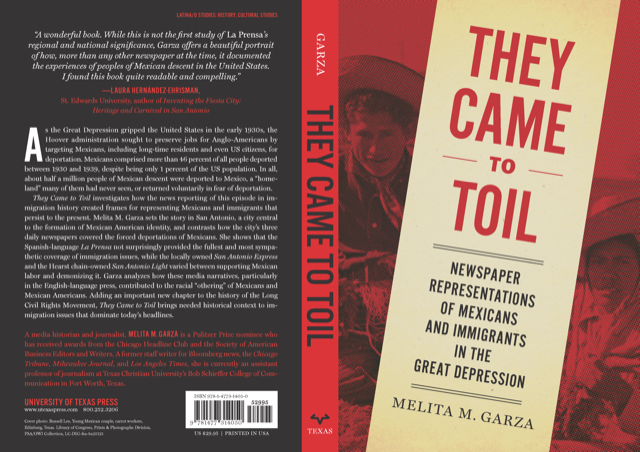 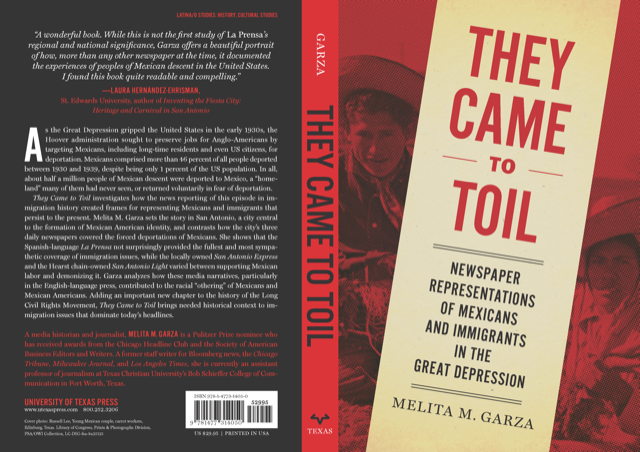 Posted in Book Notes | Comments Off on My New Book: They Came to Toil 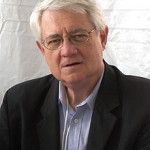 Roy Blount (pronounced blunt, rhymes with hunt), sportswriter, comedian and star panelist of National Public Radio’s quirky quiz show, Wait, Wait…Don’t Tell Me! gets only alpha better with time. His Alpha Better Juice or, The Joy of Text serves “fresh-squeezed lexicology with twists” just when Alphabet Juice might have run dry. Blount muses and meanders through the twenty-six letters of the alphabet, commenting on the wherefore and the why of words that begin with each letter. His “book is dedicated to the proposition that twenty-six letters (forming forty-five phonemes) can make a monkey dance or an emperor cringe, if enough writers and readers continue to appreciate the possibilities” (Alpha Better Juice, 57).

Blount has written twenty-three books and reams of articles for more than 100 publications from Sports Illustrated to Gourmet. He is also a member of The Fellowship of Southern Writers, whose elected members include the likes of Pulitzer Prize-winners Horton Foote, who wrote the screenplay for To Kill a Mockingbird, among other works, and Rita Dove, a former U.S. poet laureate and University of Virginia English professor.  So, he has something to say about writing. He also has something to say about “so” (see “S,” so, 214-216 of Alpha Better Juice).

But, but is one of the taboos he’s taken on, along with all “the aunts and English teachers who have adjured young people to avoid the word…but because ‘it’s a defensive word.’ Poppycock. It’s a useful word, a word that sounds like what it means,” Blount writes. He deplores “­but-avoidance in the press” (see, “B,” but, page 42 of Alpha-Better Juice. He’s on to something here. For instance, Bloomberg News is big on but avoidance. But The Bloomberg Way explains why:

“but. Avoid this. Clauses containing the word confuse more than they clarify. They force readers to deal with conflicting ideas in the same sentence, and interrupt the flow of the news story.” (The Bloomberg Way: A Guide for Reporters and Editors, 10th Edition, 245)

Beyond but (which he explains is “etymologically unrelated to butt”) Blount shared a few other opinions about writing on his first visit to Southern Pines, North Carolina, in June 2011. It was a below the Mason-Dixon Line pit stop on his Alpha Better Juice book tour and a benefit for North Carolina’s Weymouth Center for the Arts & Humanities. Blount wore a tan baseball cap with “Oxford, Mississippi Square Books” stitched across the crown. His shock of white hair splayed out under the hat brim. He looked like a man about to go bass fishing in the Gulf of Mexico, if not for his gray dress slacks and blue-dress shirt with rolled up sleeves. This attire was a concession to his appearance before approximately 200 adult fans, all hunkered down in the low-to-the ground child-friendly seats in the Southern Pines (North Carolina) Elementary School auditorium where he spoke.

Asked about his optimal writing time, the unassuming-looking literary lion gave this writerly reply: “Unfortunately, I tend to put things off. I wait until it is really due. Whenever I just finally can’t not write any longer; that’s the magic moment right there.”

Blount switched easily from sportswriter to humor writer, he said, because in “sportswriting, at least traditionally, you had great license for hyperbole and exaggeration and you were supposed to have fun with it, comparing people to things.” The physical nature of the sport demanded it, Blount said.

”You talk to someone on the plane next to you, and ask them what they do,” he said. “And they say, ‘well I interface with the personnel over at Optcom’. I don’t know what they do. And I don’t think they know what they do,” Blount said to audience laughter. “But, if you ask a football player Sunday, he’ll say, ‘well, you know, I knock people down for a living.’”

Despite this natural fodder, Blount expressed qualms about the state of some sportswriting today. “The other day I was reading one of the New York tabloids,” he said. “And everybody is concerned about (New York Yankees shortstop) Derek Jeter, whether he is ever going to get comfortable at the plate, asking him everyday. ‘Are you comfortable at the plate today again?’ Some writer said: ‘Well, Derek is comfortable today. He was comfortable as if he were sitting in a lawn chair by the pool.’ And I thought, well, can’t he do any better than that? C’mon, he was as comfortable as he was sitting up to his chin in suds, or something. That’s the most obvious simile I ever heard.” This is all believable coming from Blount, whose “ambition is to write American English like a native,” and who serves on the American Heritage Dictionary Usage Panel (See “G,” going global, 108).

The man who is never short on words is concerned about the way journalism is delivered today. “There’s all different kinds of online stuff,” Blount said. “Some of which is journalism. But a lot of which is just sort of blather.”

Blount worries that people will lose their page-turning skills, with the online emphasis on “the punch” and “the click.” Imagining a fully on-line news world, he held his hand up in a Vulcan salutation, fingers pressed together in two clumps. “All of a sudden, there are going to be people saying: ‘What? People used to what?’” Blount made a feeble page-turning motion with his hand. “’Turn? Look at them,’” he said, pointing to his fingers while the audience laughed. “’You can’t even separate them. Woooo! Can’t do that. I want to punch a button and see what happens.’”

Like a true writer, Blount zeroed in on the biggest problem with online journalism   –making a living from it. “It seems to me that if you get paid, you do better work,” he said. “I don’t know; that may be a radical notion. If you write something that’s not all that good but you are supposed to get paid for it, somebody might send it back and say: ‘Why don’t you improve this a little bit and then we’ll pay you for it?’  I’ve made a living writing. And I’m in favor of writers and journalists being able to make a living. It tends to boil down now to a few superstars who can get paid.”

Blount also sees online journalism as often disconnected from the world. “There’s something about online that attracts people who like to sit alone in darkness and don’t want go out and ask people questions,” Blount said. “They just want to sit home and insult people. There’s a long tradition of insulting people in journalism. It used to be that you’d have to go ask somebody a question and then go into the office and insult them; and then go out and ask another question, and then maybe they were waiting for you.”

In the interest of full disclosure (see “F,” full disclosure, 86), I did leave the lonely darkness of my home office to ask the inimitable Roy Blount, Jr. a question about online journalism.  However, I was not paid to write this.

Listen to a clip of Roy Blount Jr. talk about words, writing and Wilt Chamberlain

Words Matter: The Immigrant from Another Planet

Whoever said “sticks and stones may break  your bones, but words will never hurt you” lived in a hut in the wilderness and never spoke to anyone, least of all himself.  Words transport life. In the 24-hour multi-media news cycle, where words race through the Internet like super sonic weapons, words can do more than wound. Words, at their worst, trivialize, dehumanize and marginalize.  Then there are words like “illegals,” which is all those things AND ungrammatical. “Illegal” is also proliferating. A search of Gooogle Blogs conducted Jan. 2, 2010 yielded 334,000 hits for the term.

Laws of course, should be respected. The irony is that many of those who rail against “illegals” are also proponents of English-only laws. If only they did speak English.

The National Association of Hispanic Journalists pressed news outlets anew in 2009 to expunge the term “illegals” from their text, unless it appeared in quotes. The NAHJ has had a long-standing request that the media remove the term “illegal alien” from style books. Unity ’94, the joint meeting of the Asian, Latino, Black and Native American journalists groups that took place in Georgia, jointly pushed news executives to change the accepted newsroom lexicon on the term “alien.” The Chicago Tribune and the Dallas Morning News were among those that led the way.  The four groups approved the following joint resolution, which I authored and discussed on NPR’s Latino USA program.
“Except in direct quotations, do not use the phrase illegal alien or the word alien, in copy or in headlines, to refer to citizens of a foreign country who have come to the U.S. with no documents to show that they are legally entitled to visit, work or live here. Such terms are considered pejorative, not only by those to whom they are applied, but by many people of the same ethnic and national backgrounds who are in the U.S. legally.” The NAHJ’a Resource Guide for Journalists discusses these terms and advises using undocumented immigrant instead of illegal immigrant.

Undocumented may be fine language for the nation’s highest court. That hasn’t stopped the nation’s most prominent media outlets, many of whom see “undocumented” as jargon.

If that’s the case, why don’t we refer to motorists who drive with their licenses suspended as “illegal drivers?” Or how about those driving with a blood alcohol content of 0.08 percent or more? They are breaking the law too. We should say they are “illegal drivers,” rather than refer to them euphemistically as “DUI” or “driving under the influence,” which has a mystical connotation, or as they say in North Carolina, “DWI,” which means “driving while impaired.”

We should at least agree that an illegal alien is an immigrant from another planet. We may need to use that term correctly some day. That’ll be the day.

Listen to Latino USA:  The Radio Journal of News and Culture:

Posted in Words Matter | Tagged immigration, law, words | Comments Off on Words Matter: The Immigrant from Another Planet

Hi, everyone!  Still a work in progress. Thanks to my wonderful brother for helping me set this up. Stay tuned…